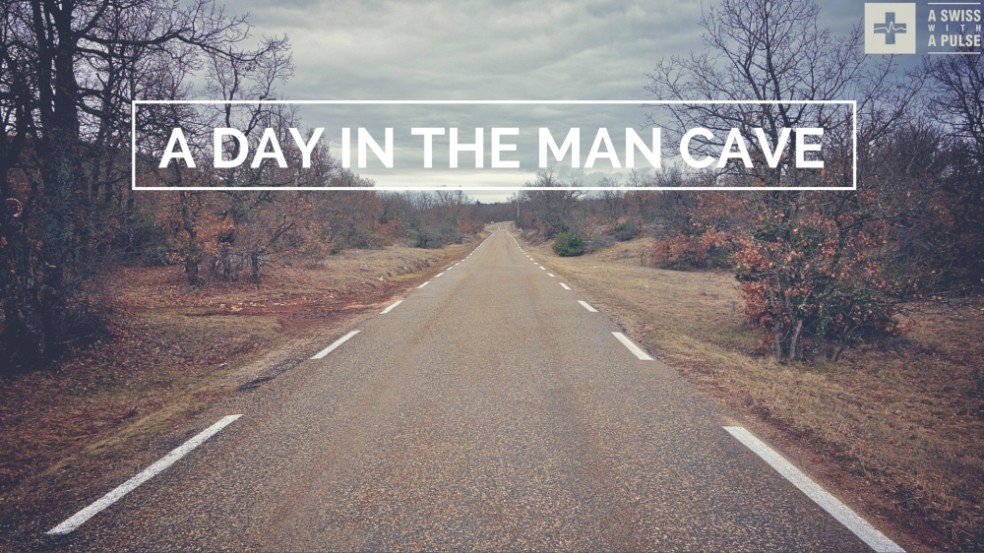 It was raining when I woke up in Carpentras on day 3 of my French ultralight bike touring adventure. I did not mind too much as it was supposed to get better during the day. The plan was to ride to Bédouin at the bottom of Mont Ventoux, the first check point of the 2015 Transcontinental Race. Afterwards, I planned to ride to Aix-en-Provence to visit my daughter Wendy who studies there.

When I got to Bédouin, it was still wet and the Mont Ventoux was capped with snow. I had fancied riding up to Chalet Reynard, but this was not going to happen. The prospect of a freezing cold descent did not thrill me and I was clearly overgeared. You may think that 34×27 is quite small, but it is a huge gear with a loaded bike on a relentless 9% slope like the Bédouin – Chalet Reynard segment. For the TCR, I am planning on having a 34×32; this should be just enough, especially if I climb the Géant de Provence at the end of a 300km day, which may well be the case. The Mont Ventoux in March

As Chris had caught a train home the day before, I was all alone. So, no more butt shots, team time trialling and TCR strategy talks. It was just me and my bike on deserted roads under grey skies. This may sound sad, but it was far from it. I was an introverted teenager when I took up cycling and mostly trained alone when I was racing. Riding on my own is my man cave: after a few hours on a bike, the most complex and stressful situations appear crystal clear. I get inspiration, I make decisions, and I recharge my batteries. I spent the first day after I lost my job last year alone on my bike, and the page was turned when I got home. I was ready for the next chapter of my life. Even my wife knows to leave me in my man cave from time to time for added peace at home (although, as a cyclist too, she very much relates).

I only had a rough idea on how I wanted to get to Aix from Bédouin, but one thing was certain: I wanted to check out the Gorges de la Nesque. Chris had told me that this was a great spot, and it was part of Will Cyclist’s 100 Cycling Climbs Better Than Alpe d’Huez. If two of my gurus thought it was a road to ride, then it was a no brainer. I was not disappointed: the road slowly goes up for 19km, winding through a splendidly desolate landscape. In summer, it must be packed with tourists. But it was March, and I barely saw a car. I was just caught by two cyclists as I was getting back on my bike after taking pictures. We had a chat, then they tried to drop me and failed: I had bags on my bike, but I also had a pride. They were only too happy when I finally let them go to take more pictures – or was it to catch my breathe?

I had my lunch in Saint-Saturnin-lès-Apt at km 83. Aix was about 60km away and I decided it would be enough for the day. After crossing the Massif du Lubéron, I made my way to Aix in more and more traffic. Somehow I ended up on a highway, honked from all sides by cars speeding past me at 100km/h… I had to change lanes twice to escape. I had hoped for a more low key finish.

I met Wendy and settled in her student flat before heading out for dinner. Dad and daughter time with pizza and Apérol Spritz: I could not have asked for more after a day in my man cave.