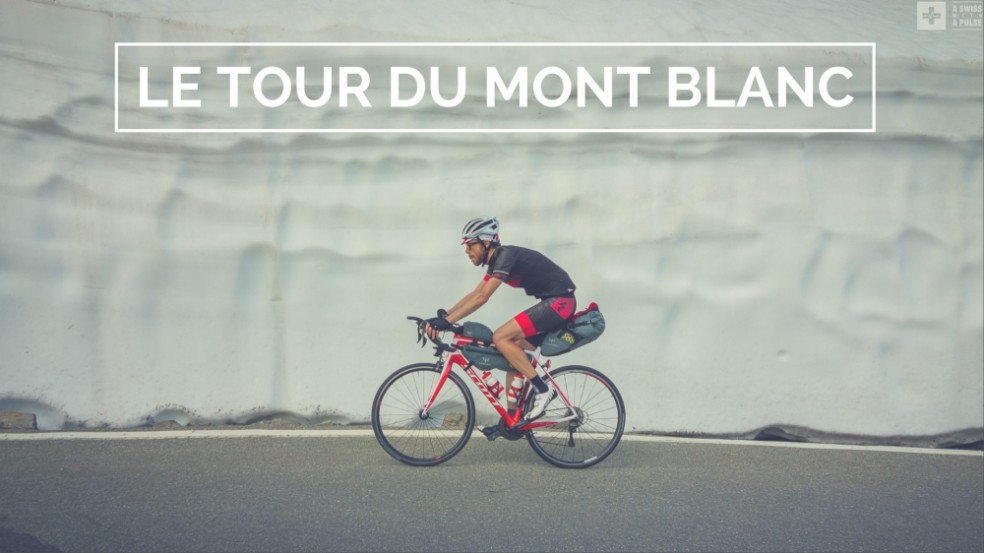 The Transcontinental Race is approaching and my bike is almost ready. The latest additions have been lights powered by a front dynamo hub, and a very cool set of Apidura bags (more on that in a future post). This was a great excuse to test ride a really cool loop: the Tour du Mont Blanc, in 2 days. I came back home the next day via the Cormet de Roselend, the Col du Pré, the Col des Saisies, Mégève, Chamonix, the Col des Montets, the Col de la Forclaz and last, but not least, the climb home to Gryon. No riding buddy this time, but I rode along the course of the Time Mégève Mont-Blanc granfondo between the Col des Saisies and Mégève, so I had plenty of cyclists around me.

The Col du Grand Saint Bernard is a monster, with 1895m of climbing over 41 km. The first section is long, mostly easy and fairly boring, until the entrance to the tunnel which swallows most of the motorised traffic. In contrast, the last 6km are bliss. I made a last minute decision to ride up Colle San Carlo. The heat in the Aosta Valley was unbereable and the prospect of riding up to La Thuille on a big, open road was not very engaging. Instead I decided to follow Will Cyclist’s suggestion and go via the Colle San Carlo, even if it meant an extra 500m of climbing with long sections around 10%. I did not regret it, and the ice cream at the top was a nice reward. I had already ridden to the top of the Petit Saint Bernard from Aosta, but had never been on the other side. It was a great discovery, with empty roads, lots of switchbacks and big, open views. Day 2 started with the Cormet de Roselend. I climbed it very slowly, but not because I was tired; I took a lot of pictures. Every corner offers a different view and I barely saw a car. But I saw cows – I had to ride through a big herd on its way up to the high pastures. It felt like riding in a peloton. I knew that I would ride along the Time Mégève Mont-Blanc granfondo from the bottom of the Col des Saisies to the finish in Mégève. At the start of the col, I asked a volunteer when the race was coming. “They are 5 minutes away” he said. I had the brilliant idea of seeing how long it would take the leaders to catch me. Turned out they must have been way further than that, because I saw nobody. So I rode the whole col at a sustained pace – and did not stop for pictures. In spite of a stop at the top where I finally started to see riders, I would pay for that effort later. I reached the bottom of the climb into Chamonix tired, and probably a bit dehydrated. I literally crawled up to Les Houches, where potato chips and a Coke saved my life. But the rest of the day was much slower and I was very happy to finally reach home after the last climb from Bex. A good day at the #aswap office

Live to move, move to live